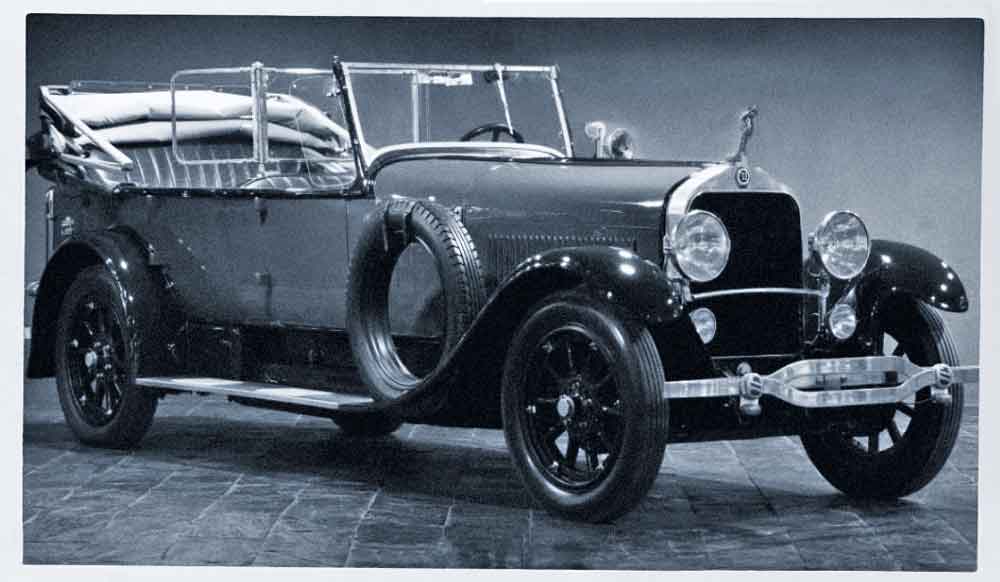 At the start of the 20th century cars made in America were mainly of the 'motorised horse carriage' variety. Outside the cities roads in rural America were not terribly good and so there was a tendency for manufacturers to build slow revving vehicles with just one or two cylinders and it was not until about 1906 that American factories began to take a careful look at European designs and start to manufacture similar ones. This meant that right up until about 1910, if a rich industrialist wanted to buy a luxurious car, it had to be an imported one. The market was wide open for companies such as Isotta-Fraschini, although they were by no means the biggest European exporters.

Imported cars rapidly achieved a snob value, particularly since motor racing had already given European cars a certain cachet, and 'proper' racing had hardly started in America, so their home grown manufacturers had a lot of credibility to catch up on. Even when races such as the Indianapolis 500 Miler and the Vanderbilt races got underway they were largely dominated at first by foreigners, including Isottas. American car manufacturers had a lot of work to do before the great American public considered them to be as good as imports.

By the time Isotta-Fraschini first exported their Tipo 8s to America they had already had around 20 years experience of selling cars to American buyers, although compared to bigger companies such as Fiat, Renault, Mercedes and Napier they were just small fry.

During World War 1 car workers in Italy had a better than average chance of being considered essential workers and so their cars were still available for sale in America, despite the dangers of the supply of spare parts being cut off by U-boats, but it was after the war with the introduction of theTipo 8 that the company had a real success on it's hands.

They didn't have it their own way of course. Other European manufacturers of luxury cars always outsold Isottas right through to the end. However they concentrated on the very top of the market and so although their sales were comparatively small they were very profitable.

The Tipo 8 was horrendously expensive but the quality was absolutely first-class. In common with Rolls-Royce, their only real competitor at the absolute top of the market, they preferred to make every part of the rolling chassis themselves, apart from electrical items, spark plugs, carburettors and tyres. Everything was built to the highest standard and even the engine was a joy to behold. Quality control was rigourous with every chassis given a full road test before it was let out of the factory.

As usual they produced just a rolling chassis only, with the buyer able to commission the body from a selection of coachbuilders but the majority of these were European – again snob value may have had a part in this – and so completed cars were usually delivered to the United States. It's realistic to say that at the time European coach design was way ahead of the Americans and this was extremely important to a typical buyer of a luxury carriage!

Although the company could not compete with other European ones on price or marketing they had two things in their favour. The first was the eight cylinder engine; this was extremely smooth running and reliable. The other was the fact that it had brakes on all four wheels which were not available on American cars until 1923. Another impressive point about the Tipo 8 was the long bonnet which was necessary to house the straight eight cylinder engine; this gave the car an unmistakable aura of power and virility, and although it made parking the car much more difficult, this was a problem for the chauffeur and not the owner.

Isotta-Fraschini were at the time also manufacturing multi cylinder aircraft engines and so they certainly had the expertise to create car engines with even more cylinders; and had the great depression not wiped out their market perhaps they could have produced even better cars to rival the Hispano-Suizes or Rolls-Royces of the future. Who knows.