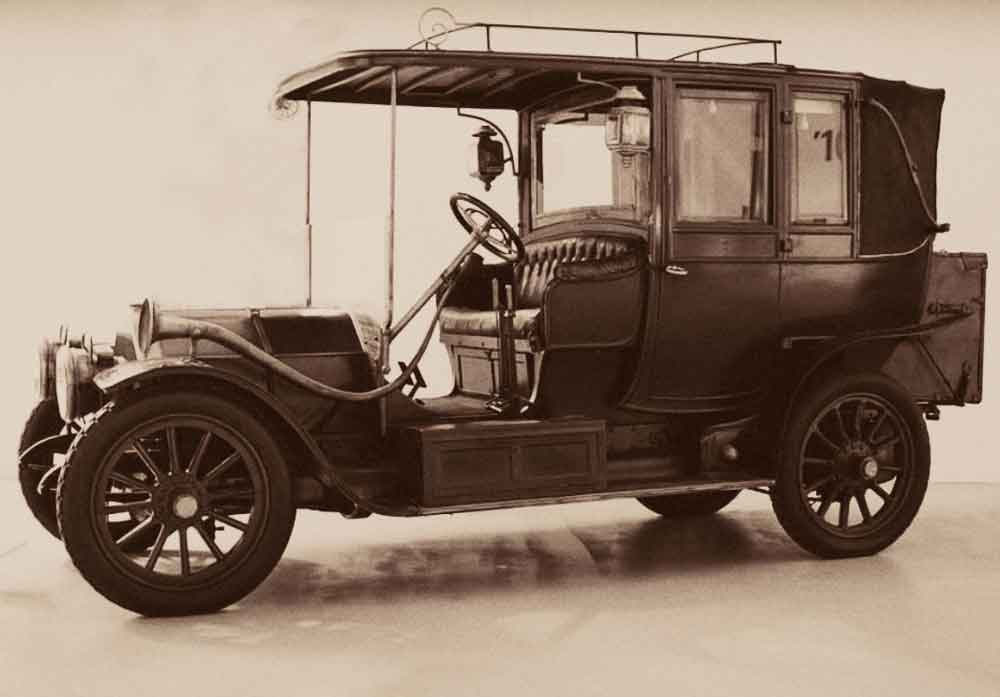 Innovation before World War One

Nowadays if we want to buy a car we have a certain choice over what extras we want but basically the car that we get is the same as just about everybody else's who buys the same model. At the beginning of the 20th century things were different. A larger car was more likely to be sold to the buyer as what is called a 'running chassis'; in other words a chassis complete with wheels, engine, transmission, and braking system. It was then up to the buyer to have a bodywork fitted to his or her own specifications by a specialist coachbuilder. The buyer could not only often have the chassis design created to their own wishes but they could choose a body type ranging from a spartan one to a creation of ultra-luxurious ostentation. This meant that there could be a bewildering variety of cars from stripped down racers right up to stately chauffeur driven carriages, all originating from the same manufacturer.

This meant that very often a buyer would specify a body which was simply far too heavy for the engine and chassis, and so a lot of these cars were considered to be underpowered and heavy to handle. It was not unusual for a car to weigh as much as 2 1/2 tonnes, which could take some stopping if it was at it's maximum speed of around 90 or 100 mph!

These days we are used to sophisticated disk brakes on all four wheels but in those days braking systems were fairly rudimentary and were normally operated on the rear wheels only by means of a lever. This made motoring not only a hairy experience for drivers but also for other road users and pedestrians! Front wheel brakes were mistrusted, especially by racing drivers who could find their cars completely uncontrollable particularly on cornering, but relying upon the stopping power of rear wheels only was completely unsatisfactory. In 1909 Fraschini designed a front wheel drum braking system operated by pedals which was fitted to a number of models; this gave much greater stopping power but the brakes were uncoupled, in other words there was a separate system on the front wheels, operated by a pedal, and on the rear wheels, still operated by a lever. These would take considerable skill to stop a hurtling behomoth (a racing driver of the day described it as a 'hotel on wheels') particularly in the wet and it was not until 1919 that they brought out a fully functional coupled four-wheel-drive braking system – although it has to be said that that was six years or so before Rolls-Royce!

By 1910 theTipo KM engine was introduced; this was another slow revving long stroke 10.6 litre beast of 125 to 140 brake horsepower. It was designed with revolutionary water cooled transmission brakes. The braking effort was applied to the drive shaft rather than directly to the wheels; the water cooling was necessary since if the brakes were applied for too long down a hill they could get so hot that the floor could catch fire!

This was one of the most powerful cars of it's era and it produced numerous racing successes right up until World War I. Chain driven, a racing car with the 125 brake horsepower engine could exceed 90 mph, and it was claimed that the 140 brake horsepower engine, which was mainly sold in the American market, could propel a racer to over a hundred mph! The drivers had to think well ahead though; it could take anything up to 2 miles to stop one of these monsters. There was then a bewildering number of models produced right up until the war started, and Isotta-Fraschini settle down to build aero engines, a much more profitable product. After which they brought out the world's first car with 8 cylinders.