Other products to the rescue

By the time that Cattaneo left the company in 1933 Isotta-Fraschini were down, but not out. Their top of the market, luxury carriages were practically unsaleable but they had another string to their bow – military products.

Back in 1908, when Lorraine-Dietrich controlled the company for a short while, a division was set up to build aircraft engines, at a time when hardly anyone had actually taken to the air. World War I gave this division a huge boost; they had a 250 horsepower watercooled engine with six in-line cylinders and it powered about 5000 SVA fighting scout planes. They also produced chain driven lorries for the war effort in association with SVA, Fiat and Zust and their engines proved powerful enough to be fitted into a range of armoured cars.

Once WW1 was over lorry manufacture was abandoned and the division concentrated on watercooled aero engines, the most successful of which powered heavy aircraft such as Macci flying boats and bombers built by Giovanni Caproni. They also had a useful sideline building marine engines. However a management decision to concentrate on a watercooled layout for their aircraft engines proved to be unfortunate. Italy had a small colonial empire in Africa where they found that the dusty atmosphere favoured air cooled radial engines instead. For not the first time Isotta had to play second fiddle.

By 1935 however the company was struggling and war clouds were on the horizon.Giovanni Caproni stepped in to take control of the company; which entered into its busiest and most profitable period!

Caproni ran a large aircraft manufacturing empire but he lacked a division building engines and Isotta was a perfect fit. It soon became apparent that their marine engine would be ideal for fast motor torpedo boats and not only Italy and Sweden bought them but a number were also aquired by the British armaments firm of Vospers! Despite the fact that they were arguably the most expensive marine engines available they were also of such superb quality that they were fitted into MTBs for the British Navy, which was soon to be at war with the Italian one. Unfortunately spare parts were unavailable because of the war and they had to be replaced by around 1940.

Truck manufacture began again and Caproni even started to dream of resuming car manufacture. This was to have been a private car powered by a 3 litre conventional six cylinders in line engine but it never left the drawing board. Italy was in the iron grip of dictator Benito Mussolini and he was only interested in three types of car. Fast racing cars which could give Italy greater prestige, frugal private cars which could eke out the country's scarce and expensive fuel, and export models which could be pretty well guaranteed to be successful. A semi-luxury car which was thirsty for petrol didn't suit his mood, and so he quashed it.

Under Caproni's dynamic rule the company kept going but once the war was over it was back in trouble. Italy, having switched sides in 1943 was not, at least technically, on the defeated side but it was very much the worse for wear with civil unrest and the chronic shortage of raw materials. Caproni's armaments factories had been thoroughly pillaged and tyres were virtually unobtainable. Yet again Isotta-Fraschini was staring into the abyss. 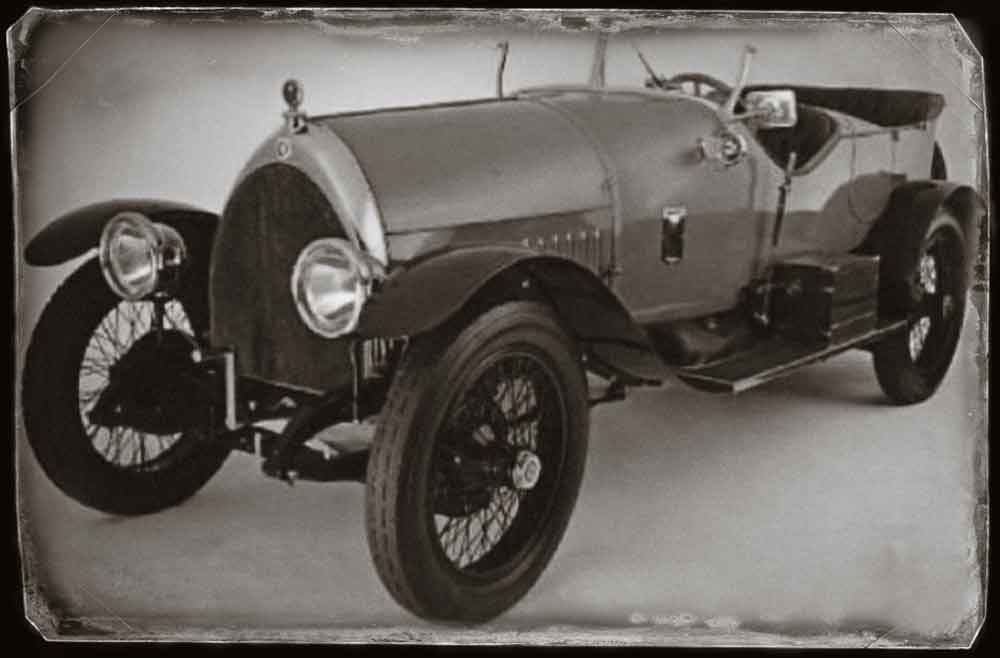